Today I will tell you about Sarah Jane Hardee. She was the second child of Ziba and Tabitha Hardee.

Sarah Hardee was born about 1831 in Alabama. She married Green A. Wood on January 16, 1849 in Coosa County Alabama.

In the 1850 U.S. Census they are listed living next to her parents in Hatchet Creek District, Coosa County, Alabama with their one year old daughter Mary.

Like her parents, Ziba and Tabitha, her family is not listed on the 1860 census. The 1860 census took place June 1, 1860 so I can only guess the family along with her parents and siblings were traveling to Texas. I know both families arrived in Texas by 1861 as they are both listed on the 1861 tax rolls.
Green and Sarah Wood are listed on the 1870 U.S. Census living in Van Zandt County, Texas. Green is listed as a farmer with a personal value of $300. Their five children are all living with them.

Green and Sarah's children are:
Mary Frances Wood b. about 1849 Alabama

Green Wood died in 1878 and I am unsure of Sarah's date of death. I have not been able to find her after the 1860 census. They are both buried in the Frontier/Red Hill Cemetery in Van Zandt Co., Texas. No birth or death date is listed in the index. 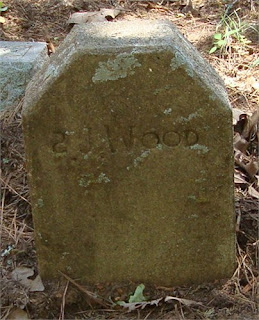 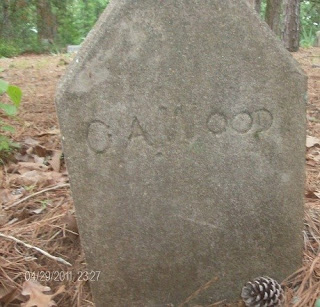