After Peggy Mitchell died Ziba married Tabitha Brooks who was much younger then he was. They had eleven children, their first born was James Edward Hardee who was born about 1825 in Alabama.

James first married a women named Susan and in the 1850 census they lived next door to his parents Ziba and Tabitha in Coosa County, Alabama. James and Susan had a one year old son named Redsin. (Unsure of spelling/hard to read on census.)


In 1860 James and Susan still live in Coosa County, Alabama, but his parents are not listed on the census, or any census. No child is listed with them so I would assume the child has died.

James and Susan moved to Texas as they are found living next to his younger sister Caroline Hardee Littleton in the 1870 census in Van Zandt County, Texas. James is 46 and a farm laborer with $300 in personal real estate. Susan is 42 years old and keeping house. They also have a 17 year old female named Lizzie Johnston living with them. I do not know if she is related or maybe a servant.

By 1880 they are back in Coosa County, Alabama according the the census. They also have a 13 year old male living with them named Eliot Pounds and he is listed as a servant.

I do not know Susan's date of death, but I believe she died after 1880 as James married Malissa Giddens on Feb. 2, 1893 in Talladega, Alabama. I guess he followed in his father's footsteps because Melissa was 31 years old when she married James and he was 68 years old!

In the 1900 census James and Melissa live in Talladega County, Alabama and and have two sons, William S. and James T. They had twin sons named Rufus and Remus born in August of 1900. Twin Remus died later that year.

(If you are doing the math, James was 75 when he had the twins!)

James died on February 3, 1905 in Childersburg, Alabama. His widow successfully applied for a Widows Pension in 1932. 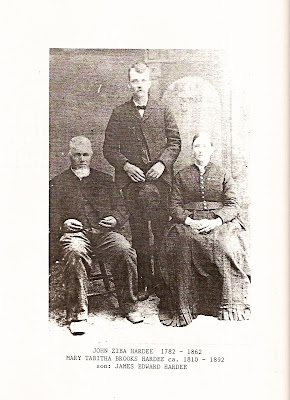