I was excited today when I got home and had a letter from the Pennsylvania Historic & Museum Commission. I had forgotten what I had written for, but knew it must be something good.

I ripped it open and it was the death certificate for my husband's Great Grandfather, August Ahlendorf and I learned new information.

I have his obiturary and knew he died of a heart attack at the City Hospital in Luzerne County, Pennsylvania.

Here is his obituary:

Stricken while a prisoner in the Luzerne Co. jail, August Ahlendorf, 62 years old, of Slocum Street, Swoyerville, died last night in City Hospital. He had been removed to the hospital six hours prior to his death. Heart trouble was given as the cause by physicians.
Ahlendorf was committed to jail on March 3 because of domestic troubles. He had previously appeared in court but when told to properly treat his aged wife, it is said he added further abuse upon his return home. His advanced age had induced the court to be lenient but the repeated offense led to a capias being issued for his arrest the next day.
Since being in jail, Ahlendorf complained of being ill. He was visited on Friday by Rev. Edward Schwenk. Heart trouble developed yesterday morning and at noon he was take to the hospital. His death occurred at 6 o'clock.
He is survived by his wife, 73 years of age. The couple had been married since 1910.

Yes, he was quite an interesting character.

Two big pieces of new information were his parents names and where he was buried.

His fathers name was Jacob Ahlendorf born in Germany and Sarah Schwidt born in Germany.
He was buried in Mount Greenwood Cemetery. I looked up the cemetery and his name is not listed but he probably does not have a tombstone.

This was very exciting for me to learn another generations names. Now I just need to figure out where in Germany.

I am still searching for August's Naturalization papers which I am hoping will give me lots of new information and where in Germany he was from.

Till then I am happy with this latest discovery.

Here is the death certificate for August Ahlendorf. 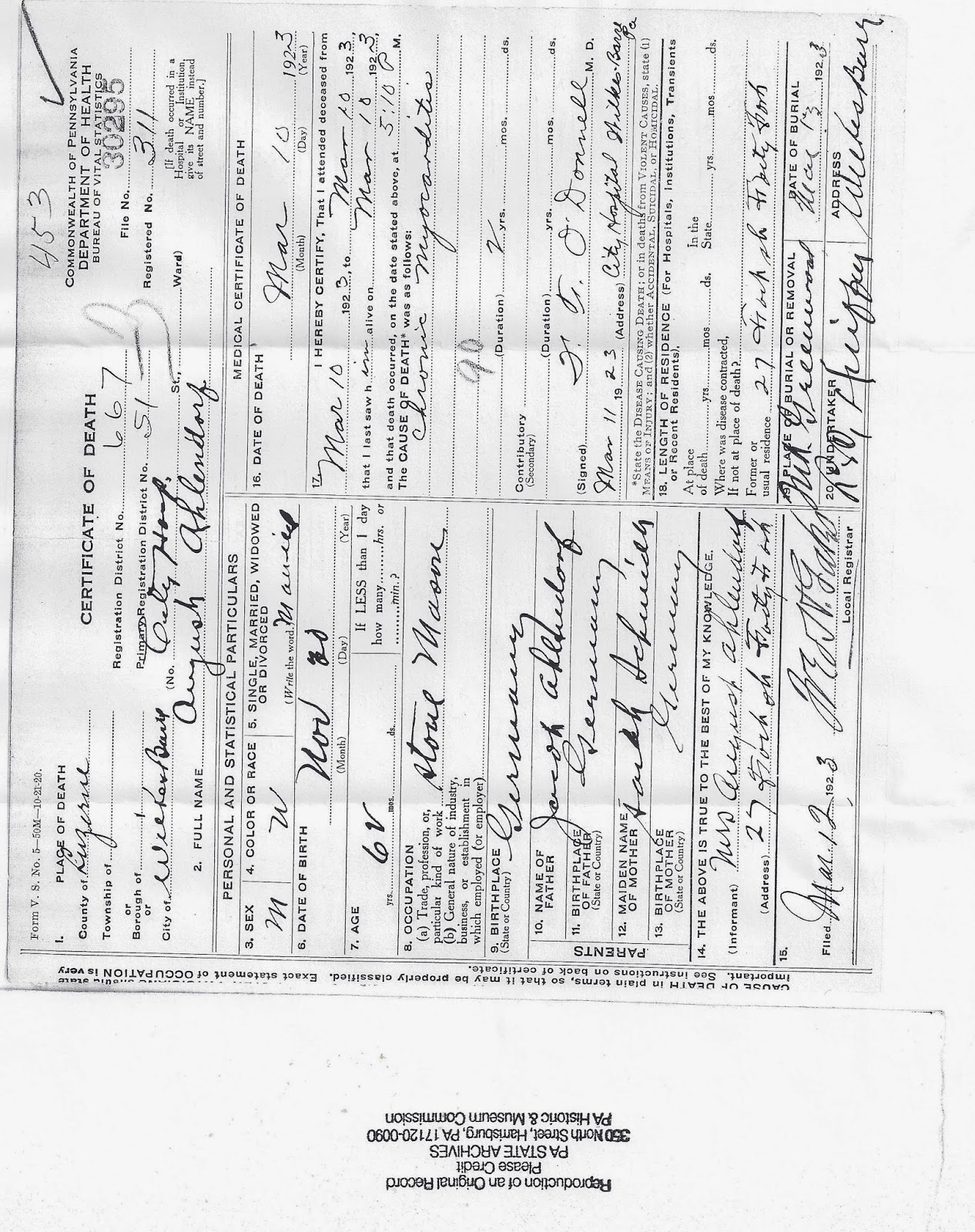