This is a memorial to my sister Karen. She left us on February 26, 2019 and we are still all in shock. Karen was a daughter, sister, wife, mother, cousin, co-worker, boss and friend. Karen had a natural happy presences and was liked by all. 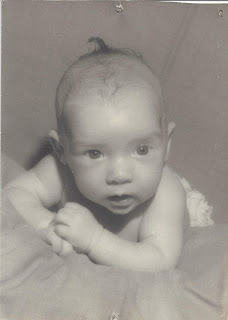 When Ed returned from Alaska the family moved to Laredo Air Force Base (AFB) and lived there for five years. During that time Karen welcomed her new sister Tina to the family.
The family then spent four years at Lowry AFB in Denver, Colorado, two years at Lajes Field in the Azores, one year in Fort Worth, Texas while Ed was stationed in Korea, three years at Barksdale AFB in Bossier, Louisiana and two years in Offutt AFB in Omaha, Nebraska. Karen attended multiple schools in multiple states.

After Karen graduated high school she moved to Texas and stayed with family. She met and married Tony Bellah in Texas. Her parents had been transferred to Florida and Karen and Tony moved there and their first child was born in 1985.
In 1987 they had a daughter, Lavona, named after Karen's Aunt Lavona.
Karen and Tony divorced and in 1993 she married Tom Gallo. They merged their families and Karen raised four children.
Karen raised four children, worked a full time job and put herself through school to earn her Masters Degree. This was not an east task and it shows what an amazing person she was. She supported the family and loved the jobs that she had. She started in Civil Service and had a security clearance to work on the projects she was assigned. She then worked for Siemens in Orlando and later transferred to the Georgia location as she moved up the ranks.

I didn't get to see Karen as often when she moved to Georgia but some of her kids still lived in the area and she would return for holidays and birthday celebrations. I loved Thanksgiving and Christmas because everyone would get together as a family. We had a lot of memorable times as a family.


A few days before this last Thanksgiving Karen and I sat in the living room in our parents house and the four of us got to spend some time together. We talked, reminisced and laughed. I loved that special moment, it just felt so good. I'm so glad we were able to spend that time together.

I miss my sister every day. Her memory will remain alive in my heart.